All of our tours will be available on our Instagram @torontooutdoorart

Alisa McRonald’s woven weirdos live in the ironic pop-culture paradise of a Queer GenX Feminist. Her work is a tactile fruit salad with a soupçon of the esoteric.  Her work has been featured in publications such as: The New York Times, Harper’s Bazaar Japan, Nylon Magazine and Giant Robot Magazine.

Lionel Labeau was born in Paris, originally from Martinique, a French West Indies Island. He started painting at an early age, and majored in art at school. Fine arts, 3D multimedia, interior design and architecture are his main skills. Gathering inspiration from his French Caribbean culture , he uses it to create a faithful version of his “French Touch”. He likes to convey emotions by using his own color palette, which has allowed him to develop his own style.

Nicola Woods is a fine art photographer born in England and now living in Toronto. Driven by her mission to raise awareness of the benefits provided by both wild and urban trees she creates shimmering tree portraits that resemble historical photographic techniques such as daguerreotypes and ambrotypes. Designed to emulate the light shimmering through a tree canopy or the glow of sunshine through a leaf, Nicola’s art will bring the beautiful energy of trees into your home.

Using discarded stuffed toys and other local thrift shop finds, artist Ross Bonfanti manipulates these mass-produced objects to construct original mixed media sculptures predomantly made in concrete. Bonfanti relates his own lifelong emotional experiences to his work while exploring themes commenting on commodity fetishism and the disposableness of consumer pop culture. Through the juxtaposition of materials, he creates an arresting tension between the expectation of softness and the reality of hardness, between the fleeting and the permanent, between the memories of childhood and the stresses of adulthood. They are touched with both humor and pathos. 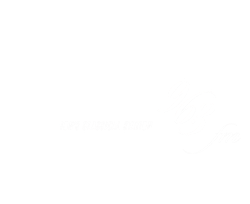